SunTrust Park will feature “Hope and Will’s Sandlot,” a large, kid-friendly area hosted by Children’s Healthcare of Atlanta that will have the first-ever zip line and climbing tower inside a professional sporting venue. Visitors will be able to use the new Braves app to reserve a timeslot to access both of these attractions.

There also will be a batting cage and a variety of other interactive games in addition to kid-friendly food and merchandise. The Braves and Children’s will be bringing back a longtime tradition, and crowd-pleasing favorite for Braves families - kids running the bases after Sunday games.
﻿ 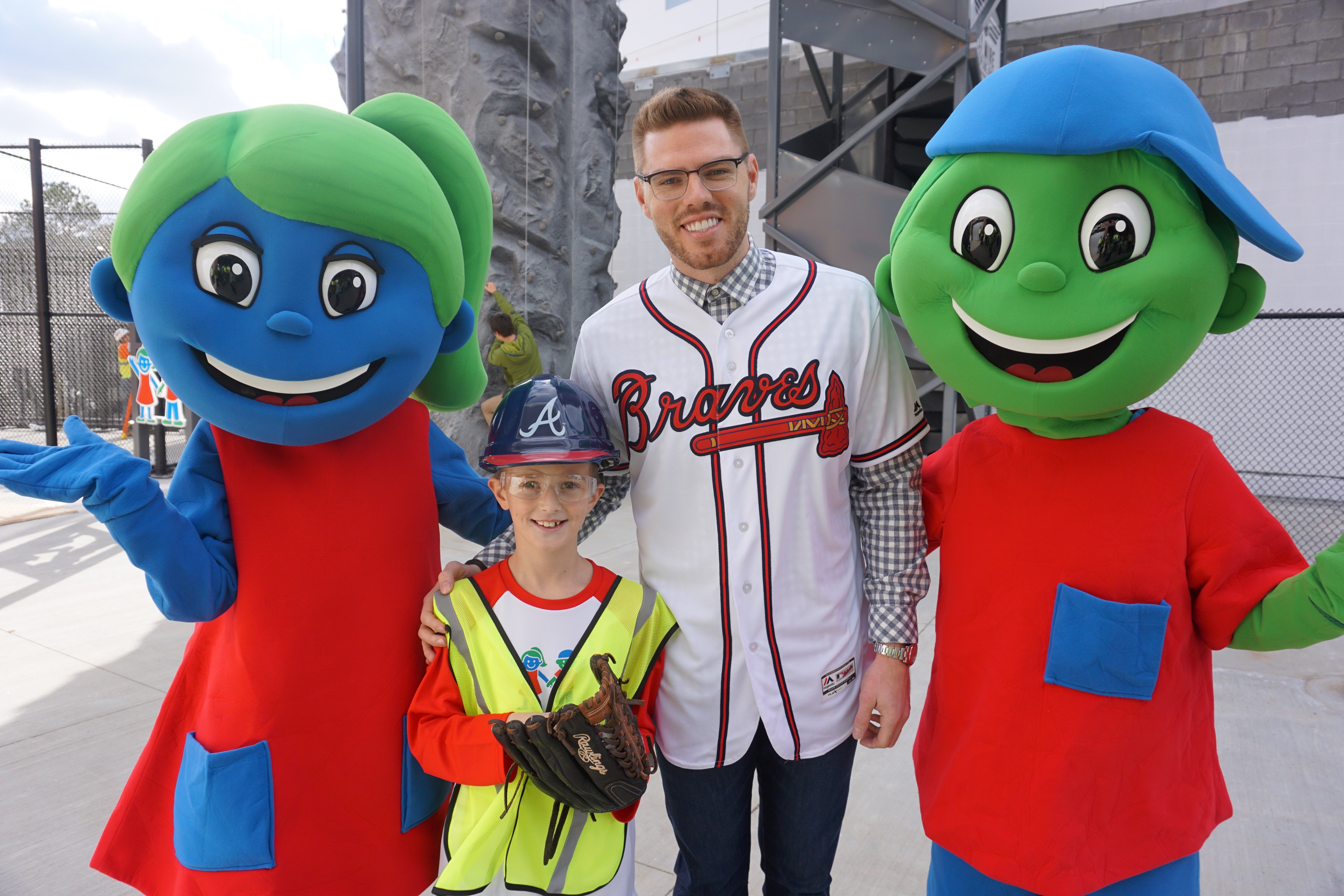 ﻿
Braves want to make a difference in the lives of families, making sure kids get to do what they do best–be kids. Serving others is a team effort and privilege. Children's and the Braves strive to bring about positive change and good health for generations of kids to come.”
﻿ 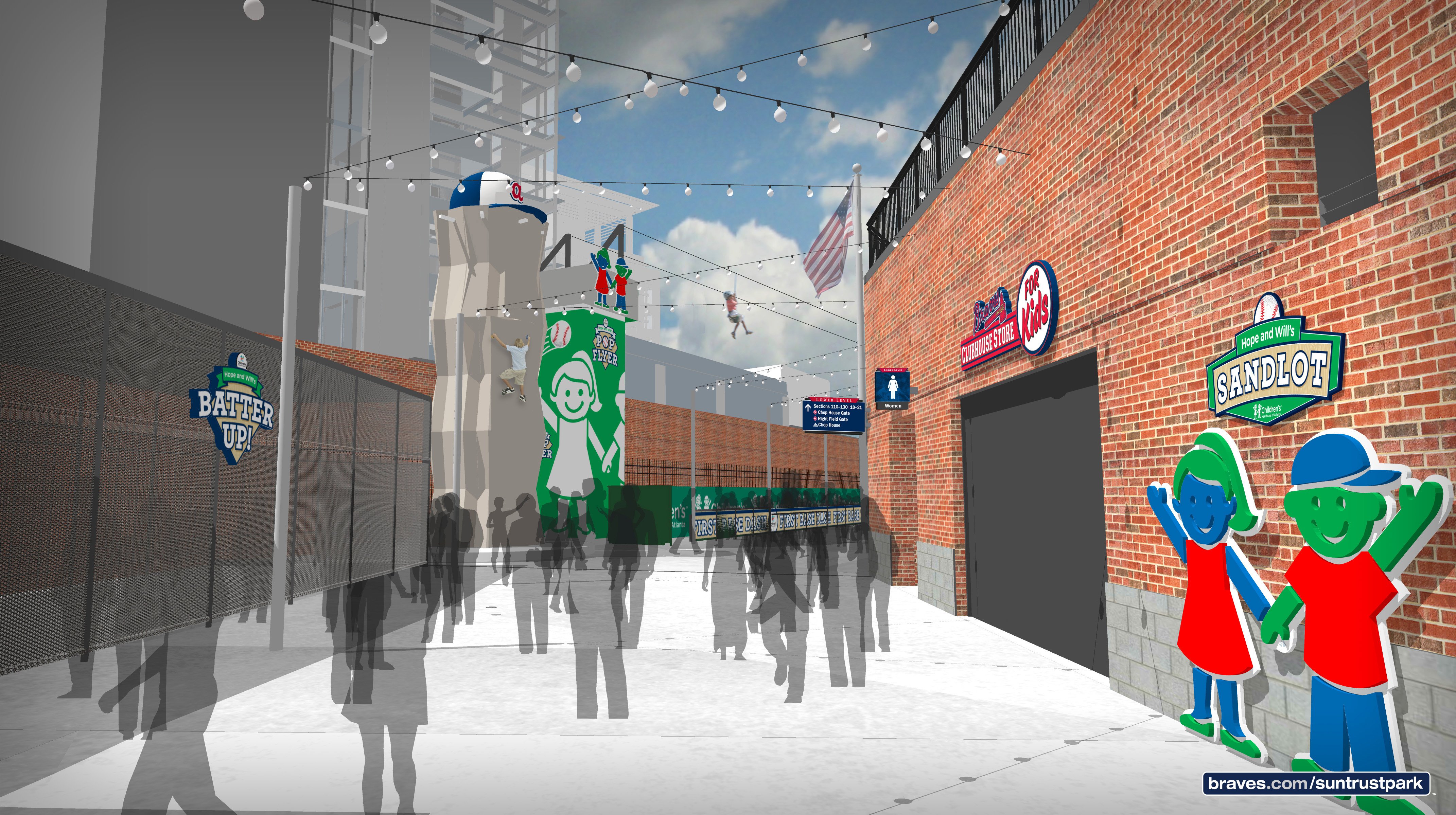 The Braves will continue to host the annual Georgia/Georgia Tech game at SunTrust Park, this year taking place on May 9 at 7 p.m. The game also raises money for Children’s Healthcare of Atlanta.

It was announced that on Saturday, April 8, 2017, University of Georgia baseball will play Missouri in the first event open to the general public in SunTrust Park to raise money for Children’s Healthcare of Atlanta. Tickets to the game will be $15 and group packages are available through

Ticketmaster charge-by-phone at 800-745-3000, Ticketmaster.com or through Children’s Healthcare of Atlanta HERE.

The Braves will open the 2017 season on the road with games at New York, Pittsburgh and Miami, before their inaugural homestand at SunTrust Park beginning on Friday, April 14, 2017.