at the Infinite Energy Arena from March 9-10.

For the second consecutive season and seventh time in league history, PBR’s (Professional Bull Riders) elite tour, featuring the Top 35 bull riders in the world and rankest bucking bulls in the nation, will invade Duluth, Georgia. The Duluth Invitational, the 10th stop on the premier PBR Unleash The Beast, will buck into Infinite Energy Arena for two days of edge-of-your-seat action on March 9- March 10.

Last season the more than 15,000 fans in attendance across the two days of action in the Peach State witnessed Claudio Montanha Jr. capture his first Unleash The Beast event win. The Brazilian star punctuated his flawless 3-for-3 effort with a championship round-winning, 89.5-point trip aboard Buck John. The win propelled him from No. 4 to No. 3 in the world rankings, and Montanha concluded the 2018 season No. 4, collecting an additional event win and 12 Top-10 efforts before year’s end, including a 10th place finish at the 2018 PBR World Finals.

The event also featured Georgia’s own Sean Willingham (Summerville), competing on the elite tour consistently for the first time since breaking his neck in 2015 and tearing his groin in 2016. A past winner of the Duluth event (2014), Willingham was shut out in Duluth in 2018; however, the 37-year-old had a strong season, making the 2018 PBR World Finals. After sustaining a hamstring injury in second-half of 2018, Willingham has been hard at work rehabbing the ailment, aiming to return to the top of the podium in front of a home-state crowd in 2019.

The Duluth Invitational is crucial in the championship race to the PBR World Finals in early November, awarding a gold buckle and million-dollar bonus to the world’s best bull rider. The riders competing in Duluth are anticipated to led by reigning PBR World Champion Kaique Pacheco, along with fellow Brazilian stars Jose Vitor Leme, who finished No. 2 in the 2018 world standings after being crowned Rookie of the Year in 2017, 2018 PBR World Finals event winner Marco Eguchi, Luciano De Castro, Ramon de Lima and Eduardo Aparecido.

The bull riding action begins with Round 1 at 7:45 p.m. ET on Saturday, March 9, concluding with Round 2 and the Championship Round at 1:45 p.m. ET on Sunday, March 10. All 35 bull riders will get on one bull each in Round 1 and 2. Following Round 2 on Sunday, March 10 in the afternoon, the riders’ individual two-round scores will be totaled with the Top 15 advancing to the championship round for one more out and a chance at the $30,000 event title.

Tickets for the two-day event are on sale now and start at $22. They can be purchased at the Infinite Energy Arena Box Office, by calling (770) 626-2464, or online at InfiniteEnergyCenter.com.

The PBR Elite Seats are for avid bull riding fans who want a behind-the-scenes look at the world’s premier bull riding circuit. These tickets offer premium seats and the VIP experience of a lifetime, including early entry; a catered reception; 60-minute backstage tour by a PBR Host, featuring a PBR 101 presentation and a visit with the sport’s fiercest bulls; and the opportunity for photos and autographs from top PBR stars.

LIKE THIS ARTICLE: Sandy Springs Dunwoody Macaroni Kid is a free weekly newsletter and website focused on fun family events and information in Sandy Springs, Dunwoody, Chamblee, Doraville, Atlanta, and Perimeter. We gather together all kinds of local family events and activities each week and add useful information about classes, family-focused businesses, book and product reviews, recipes, crafts, school and camp guides and more. We proudly serve families in Sandy Springs, Dunwoody, Chamblee, Doraville, Atlanta, and Perimeter! Sandy Springs Dunwoody Macaroni Kid is full of useful local information like this PLUS tons of kid-friendly events on our event calendar. Have an event you'd like submitted to our calendar for consideration? Submit an event here. Like what you see here and want to get all the fun delivered to your inbox weekly? Subscribe to our FREE weekly e-newsletter for 411 on the local family fun. You can find Sandy Springs Dunwoody Macaroni Kid on Facebook, Twitter, Instagram, and Pinterest. 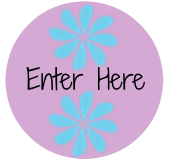 Fill out the MANDATORY ENTRY FORM by clicking HERE.

All of the Following Entries are for BONUS only!  Get FACEBOOK BONUS ENTRIES!