Georgia is always on my mind!

Of the 13 original colonies, Georgia was the only one to prohibit slavery. The prohibition lasted 15 years. Three delegates from Georgia signed the Declaration of Independence: Lyman Hall, Button Gwinnett and George Walton. There are Georgia counties named to honor each of them.

Although Georgia was the last of the 13 colonies established in America, we were among the first to join the Union.  Once the U.S. Constitution was written and signed, Georgia became the 4th state to become part of the United States of America on January 2, 1788.

Georgia’s founder, James Oglethorpe, settled the colony’s first capital, Savannah. Georgia would go on to have three more capitals, Augusta, Louisville, and Milledgeville before Atlanta became the permanent capital in 1868.

Georgia is known for many things, not the least of which is southern hospitality and great food. We love any excuse to get together with friends and family and eat just about anything fried, including okra, green tomatoes, chicken, catfish, seafood and hush puppies.  We are also very fond of grits, field peas and collard greens.

Known as the Peach State, if you have ever taken a bite out a ripe one and let the juice run down your chin, you know why we love them! Enjoy a cold Coca-Cola, it was invented in Atlanta. Both Chick-fil-A and Waffle House also call Georgia home. From salty boiled Georgia peanuts to deep fried Georgia pecans, we are nuts about our nuts!  Made with tomatoes (you can't beat vine-ripened Georgia tomatoes), onions, lima beans, corn, okra, potatoes, and chicken, beef or any game to be had, Brunswick Stew is another unusual Georgia specialty and it is usually paired with some of the best BBQ in the country. By the way, those onions must be Vidalia Onions, grown nowhere else in the world but in Georgia. And if you grew up here, you probably slathered your biscuits with Mayhaw Jelly, another delicacy you can't get anywhere else but Georgia! 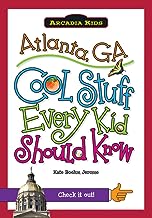 Atlanta, Georgia: Cool Stuff Every Kid Should Know by Kate Boehm Jerome
What surprised the city of Atlanta on March 14, 1993? (Hint: There was no sign of Hotlanta weather on that day!) Which event was called the Celebration of the Century in Atlanta? Find these answers and more in this interesting little book about a very special place on the planet! A  fun, colorful, easy-to-read books for children ages 7-11 featuring inviting conversational style content and vivid full-color images of landmarks and geography.

I'm Reading About Georgia by Carole Marsh
This is a 48-page colorful book that helps students K through 3, learn what makes Georgia unique.  The colorful illustrations, bold, vibrant art, kid-friendly text and photographs help bring the state to life.

The Kids' Guide to Birds of Georgia: Fun Facts, Activities and 87 Cool Birds by Stan Tekiela
This book features:

P Is For Peach: A Georgia Alphabet by Carol Crane
As you travel through the Okefenokee Swamp, keep an eye out for Tiger Swallowtails and Brown Thrashers, and be sure to pick some Yellow Confederate Daisies before taking a nap under a Live Oak Tree. At the same time the rhymes entertain and inform younger readers, Crane's in-depth expository text will appeal to older ones, creating a two-tiered teaching tool for kids 6 to 9 years old. 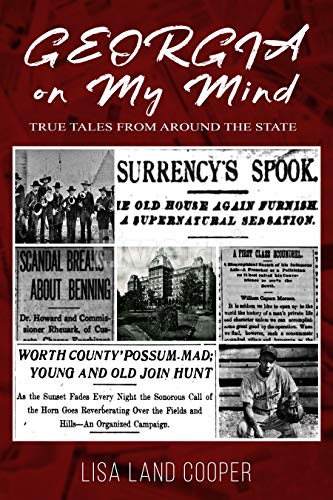 Georgia on My Mind: True Tales from Around the State by Lisa Cooper
Thirty true tales for teens and adults from the state’s history that went viral in their day but are long forgotten or only told occasionally in the areas where they occurred. In this book you will find tales involving:

Other stories include boll weevils, a popular medicine in its day known as a female regulator, a poltergeist, and a ‘possum hunt for a U.S president.