Day of the Dead in Mexico doesn’t mean to worship death, it means to celebrate life.

For more than 20 years, Atlanta History Center has had the honor and privilege of working in partnership with the Mexican Consulate and the Institute of Mexican Culture to present a yearly Día de Muertos (Day of the Dead) festival. In the wake of an all-virtual year due to the COVID-19 pandemic, we will host a smaller-scale version of the festival on October 31. Vice President of Public Relations &amp; Programs for Atlanta History Center, Claire Haley, and the Consul General of Mexico, Javier Díaz de León, met up on Zoom to discuss the holiday itself and plans for the future. The following interview has been edited for clarity and length. 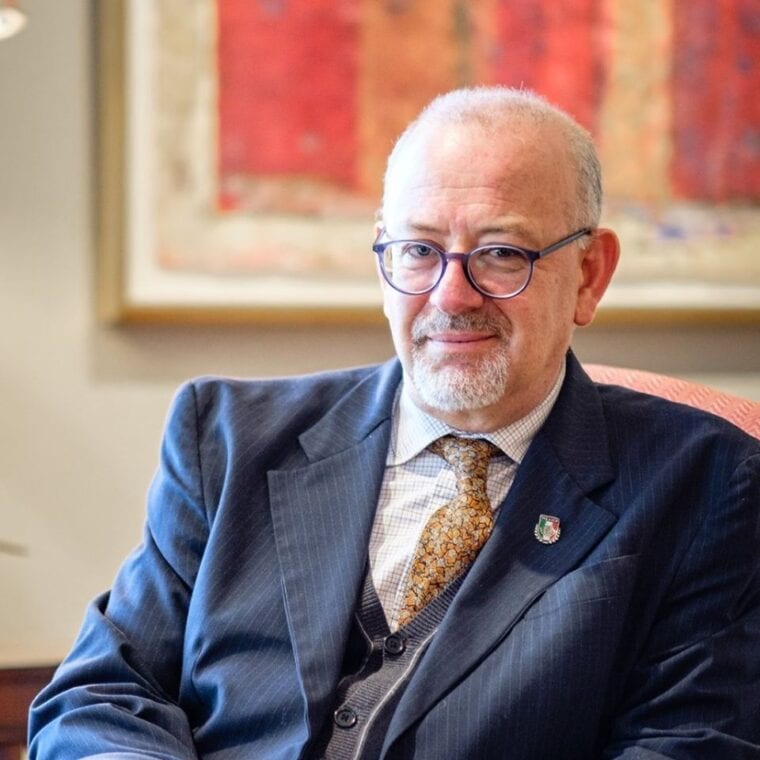 [CH]: For those who don’t know—What is Día de Muertos and where does it come from?

[JD]: It’s a tradition that comes all the way back from what we call in Mexico the pre-Hispanic era, which is before Europeans and people from Spain came to our country. These traditions were very much a part of [Aztec and other civilization’s] cultures. Some of [the traditions], mostly from the center South of the country, had very strong manifestations within some specific cultures like the Purépechas present in what is now the state of Michoacán. The Aztecs and the Mixtecasin Oaxaca also had variants. There are common threads, different representations, but what does it mean?

In a nutshell, [the holiday] was a process through which Indigenous cultures would hold several traditions to connect and reconnect with family members who have passed away. It is not about fear, terror or anything like that. It is mostly about connection and honoring ancestors. Some of the most beautiful manifestations of those have been in central Mexico, particularly places like Michoacán, where they do altars. It’s a way of honoring a loved one from our family by placing symbols, pictures, or things that person loved during their lifetime, like food, on the altar. People put [these items on the altar] on the night of November 1st, which is Día de Muertos. Many homes of Mexico have this tradition still. It is about connecting, family, and love.

[CH]: Can you speak a little bit about Day of the Dead traditions? 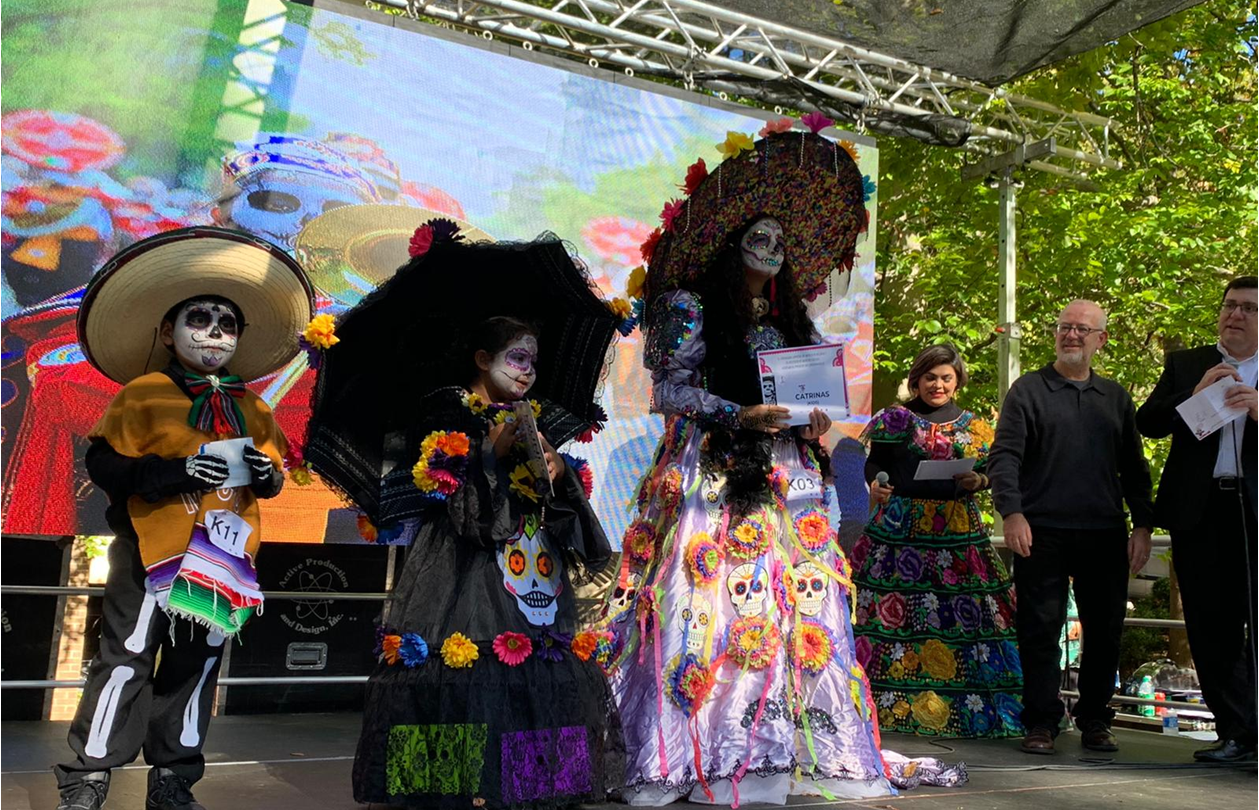 Day of the Dead celebrations

One of those [traditions] are catrinas, which are representations of elegantly dressed women or men with the face of a skull. Catrina is a term in Spanish that means a fancy, well-dressed woman of upper social class. This [symbol] mostly doesn’t come from the pre-Hispanic period and was incorporated into popular culture at the beginning of the 20th century by a celebrated Mexican artist and designer, José Guadalupe Posada. Posada made social commentary through his work, including the catrina. He was making fun of or criticizing what he perceived about the middle/higher classes in Mexico, who were very adamant about being portrayed as European. They dressed in opulent ways and tried to distance themselves from the crowd by being highly elegant and European. At that time in Mexico, that meant mostly French. He was making fun of them by saying that they dress [elegantly] but they’re actually skulls. That’s where the regional image of la catrina comes from.

It became particularly famous due to another Mexican artist, mural artist Diego Rivera. 20-30 years after Posada’s work, Diego Rivera painted a mural about an afternoon in the Alameda, a central park in Mexico. You can see it today in Mexico City. It is a portrayal of society at that time, but Rivera was also edgy in his social commentary. Right in the middle of the mural is the catrina. There are a lot of important political and historical characters in the mural, but the catrina is beautifully placed in the middle. Through that, Rivera made the catrina a social phenomenon in Mexico. Although it was created by Posada 20 or 30 years before, Diego Rivera really made it explode. Now it’s everywhere. What we see now, coming back to Day of the Dead, is a mixture of pre-Hispanic tradition but also a lot of traditions incorporated along the way, like the catrina was in the early 20th century.

[CH:] How has COVID-19 impacted Day of the Dead festivities?

[JD:] The Latino and Hispanic Community has been severely impacted by [the virus,] both directly in terms of cases and the number of people who have contracted the disease and died, but also because of social and economic consequences. One thing that directly impacts [the Atlanta celebration] is that I’m sure COVID will be represented in some in the altars that our families are going to do because so many lives have been lost and many important people here in our community in Atlanta, GA have died. I’m sure many families will have altars paying respects to somebody who was a victim of the pandemic.

[CH:] What are your hopes for this holiday coming out of the pandemic?

[JD:] What I would hope? I would hope that we leave this thing, this pandemic, behind as soon as possible and we go back to normality. What does that mean? It means back to the large events that we’ve been so honored and grateful to do with the History Center in the past.

To have thousands of families together listening to music, sharing food, sharing information, sharing their cultural expressions, and sharing their love and their admiration for our ancestors.

*Shared with permission from the Atlanta History Center.